The strikingly beautiful appearance of Turquoise has transfixed people for thousands of years. As one of the most recognisable gemstones on the planet, it has been a mainstay in the jewellery collections of everyone from the noble Pharaohs of Ancient Egypt to the Hollywood celebrities of the 21st century - but what exactly is it about the semi-precious stone that has had such a profound impact on us?

It is widely believed that Turquoise could be the oldest gemstone known to man - and the belief in its protective qualities are about as old as its discovery. Every ancient civilisation that independently discovered it quickly elevated its social status to that which would have it desired by kings, queens, Pharaohs and dignitaries alike.

This is thanks to the popular perception that it had otherworldly protective qualities. All those who wore it were safeguarded from danger at home, on their travels or even in battles. Turkish soldiers used to wear Turquoise stones on the straps of their uniforms to prevent them from falling from their horses and sustaining injuries.

In Ancient Egypt, the Turquoise found on the Sinai Peninsula was associated with the Goddess of Joy and Fertility, Hathor, who watched over the workers as they carved away in the mines on the south coast. This protective nature was held dear by many a Pharaoh even after their deaths.

Did you know? The tombs and death masks of Egyptian Pharaohs were adorned by Turquoise for protection in the afterlife.

What is now modern-day Iran has been a major source of the world's Turquoise for over 2,000 years. Persia brought protection to the world through the beauty of the stone thanks to the travelling salesmen who would take it down the famous Silk Road to markets in Europe.

Find out more about Turquoise's journey to Europe in our Sourcing Countries blog series.

Those who discovered the powers of Turquoise in the Orient, too, would share them with their friends by gifting the gemstone along with the proverb: "Given by a loving hand it brings with it happiness and good fortune."

Turquoise as heaven on earth

The early appeal of Turquoise is believed in part to have come from the Native Americans who discovered it in southwestern states like Arizona and Nevada.

Its vibrant waves of blue ran through the rocks beneath their feet and led them to believe that it could only have come from the skies above, such was its beauty. It is for this reason that Native Americans also valued it in life as they did in death.

Did you know? We source our stunning Turquoise from the historic mines of southwest USA here at Monica Vinader.

The lasting universal appeal of Turquoise

The spiritual powers of Turquoise as something of a cleanser of the soul have carried through the centuries into the modern day. Its versatility has meant that it has remained so relevant to today's diverse world of fashion that there is barely a type of outfit for which it won't be the perfect finishing touch.

It is strange to think that the same gemstone had such a similar independent impact on many of the world's ancient civilisations, but we believe that is exactly why it has stood the test of time and retained its appeal to this day. Every stone has its own unique character thanks to the matrix of veins that can often be seen on its surface, so it can be set into silver as well as it can in gold for that perfect pop of colour for any occasion.

Why not explore our guide for how to wear Turquoise to see why it is still amongst the most sought-after gemstones in the world today? 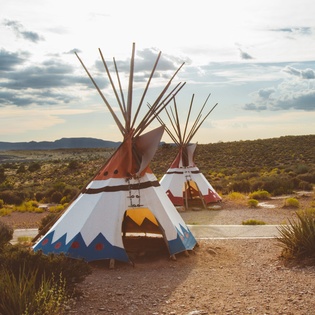 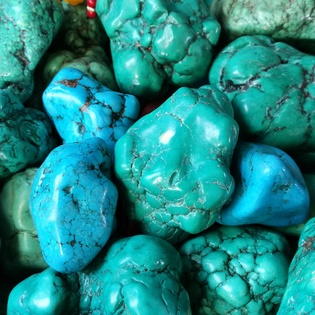