Quartz gemstones have been mined across the pond for centuries. There are only a select few sites across North America from which Rose Quartz can be found, however. It is one of the most desirable semi-precious gemstones around because of its associations with romance, love and healing - emotionally impacting countless societies since it was discovered. America's love affair with Rose Quartz continues to this day, but what is the story behind it and where has it been mined from on the continental USA?

The history of Rose Quartz in North America

The pink variety of quartz was first discovered near a place called Custer in South Dakota in the 1880s and, along with an abundance of other semi-precious gemstones, it has been mined across the land ever since. Its presence has been discovered in a number of states, but South Dakota holds it closest to its heart thanks to how common it is there.

The official gemstone of South Dakota is actually the multicoloured rock, Fairburn Agate, but the official mineral stone is Rose Quartz. The common pink rock you can see all over the exposed landscapes of the Midwestern state is a marker of how common this stone is there - it can be found in both the open air with six sides to the formation or underground inside other rocks with a more spherical shape.

In Black Hills National Forest, south of Custer, Rose Quartz has been found in plentiful supply. Mining is no longer in operation there, but the southern Black Hills have brought vast quantities of Rose Quartz to us and made it one of the best-known gemstones of the world over the years.

It is, in fact, more abundant in South Dakota than it is anywhere else in the world, thanks to its presence in the western grasslands, too. Collectors have made regular trips to the state for years to get their hands on the prized gemstone - in particular in the Black Hills, where collecting is allowed (elsewhere, permission is required).

Rose Quartz can also be found in North Carolina along with the likes of Ruby, Aquamarine, Sapphire and Garnet, the latter of which shares the status of being January's birthstone with Rose Quartz. There are a number of sites north of Charlotte that offer pay-to-mine services for keen collectors, but the commercial mining industry doesn't operate on a large scale there.

While the state gemstone, Aquamarine, and the stunning black combination of Amazonite and Smoky Quartz are more common in Colorado, it's also possible to find Rose Quartz in the land there.

Fremont County is one of the major sites for the mining of Rose Quartz and it has been found in huge chunks on many occasions amongst those rocks. The similarly striking Blue Quartz can also be found in Colorado in places like Park County.

Where else is Rose Quartz sourced?

Rose Quartz is amongst the world's most abundant gemstones, so it is no real struggle to find it if you know where to look (in large part thanks to its distinctively pink natural appearance).

In addition to North America, it can also be found in great volume in Madagascar, India and Brazil. Centuries' worth of mining this semi-precious stone have brought a great deal of beautiful jewellery to collections all around the world, as it sits just as comfortably in gold necklaces, earrings and rings as it does in its namesake rose gold.

Its history as a symbol of love, beauty and romance stretches even further back than the Ancient Romans and Greeks, where it honoured the respective goddesses of love, Venus and Aphrodite, so it is no surprise to see that it has stood the test of time to still be mined around the world today. 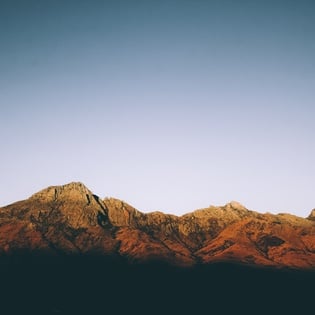 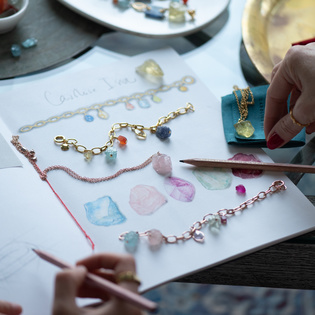