Like many great gemstones of the world, Rose Quartz enjoys a rich history that is decorated with mythological stories, superstitions and spiritual traditions. Its uses date back to the Ancient Egyptian era and beyond. What's more, some of those traditions are still practised to this day.

The power and beauty of this pink gemstone are such that it remains one of the most abundant and desirable items of jewellery in the world, so let's explore the history of Rose Quartz in Ancient Egypt to grasp some understanding of why it has been so popular, not just in ancient and modern-day Egypt, but all across the world.

The history of Rose Quartz in Ancient Egypt

As it did in many ancient societies, Rose Quartz played a significant role in the everyday lives of Ancient Egyptian citizens and, indeed, in the tales of Ancient Egyptian legends. The Love Stone, as it has been affectionately known for centuries, was recognised for its restorative and reconciliatory powers thanks to Greek myths such as that of Aphrodite and Adonis, and this translated to Egyptian culture, too.

The soft, pink hue was believed to be a powerful symbol of love, romance and beauty, as we can see from the story of the Egyptian goddesses of ancient times.

The goddess of life, motherhood and fertility, Isis, is a commanding presence in the mythological world. Her divine youth made her the ultimate bringer of life and beauty - and many of her youthful qualities were believed to be down to Rose Quartz. She would adopt the otherworldly qualities of the beautiful gemstone to rub on her forehead, eyes and cheeks in order to prevent the effects of aging and ward off wrinkles.

The spiritual energy of quartz gemstones in Egypt was such that they were not only prominent in stories of the gods and goddesses, but also in the famous architectural practices of that time period. Egyptian Obelisks are known to have been built with quartz stones inside them to protect citizens and generate energy by harnessing the power of the sun and the heavens above.

Isis' practise of holding age at bay with the pink hue of Rose Quartz is one that is still believed and carried out to this day - it is one of the many great traditions of Egypt. Many of the country's women search for quartz crystals, which have been found in abundance there, in rock beds and rivers to rub on their faces for the preservation of youth and beauty.

Rose Quartz carries such a strong aura of love and healing that its powers are not simply skin-deep either; many cultures around the world have believed that holding it close to the heart allows old wounds to heal and new love to flourish, so it has for centuries certainly been a useful stone to carry around!

Since the Ancient Egyptians roamed the region, Rose Quartz has even been found in tombs on prized items like face masks, which is the perfect illustration of just how desirable and hallowed the stone was back then and still is in the 21st century.

Are there any other mythological stories about Rose Quartz?

Many stories of the mythological qualities of Rose Quartz exist, but the one that concerns the incredible romantic bond between Aphrodite and Adonis is perhaps the most famous of them all - and the one that is believed to be the reason why it is known as the Love Stone.

To this day, it is used in meditative techniques around the world and people wear it as close to their hearts now as they did in ancient civilisations with everyday jewellery, so its positive influence on humankind has not waned in millennia.

You can read more about the history of Rose Quartz in Ancient Greece here. 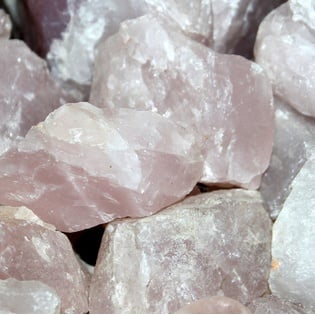 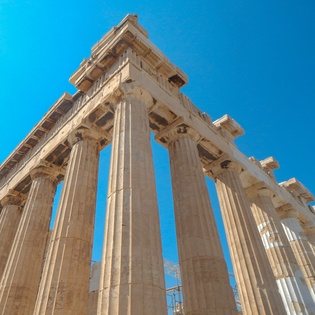