Labradorite: The Stone of Magic and The Northern Lights

Nothing catches the eye quite like the kaleidoscopic display of a fine Labradorite gemstone. This beautiful stone has captured the imaginations of many a generation of people around the world since its discovery in the late-18th century. Its spectrum of colours is so transfixing that it has been revered as the Stone of Magic and the physical form of the great Northern Lights in the rocks of the earth.

We're exploring the stories behind this fantastic gemstone by delving into its past, its source countries and its gravitas as an item of everyday jewellery. Here, we take a deeper look at its meanings and spiritual properties as one of the greatest gemstones of the world:

This particular member of the feldspar group of minerals is one of the youngest gemstones in the world of modern jewellery, but it is also one of the most powerful.

Labradorite displays an awe-inspiring range of colours both in its polished finish and in its natural rough state, cut straight from the earth. It is found in igneous rocks in multiple locations around the world, but it was discovered in eastern Canada on Paul Island, near the settlement of Nain in Newfoundland and Labrador.

Why is Labradorite known as the Stone of Magic and The Northern Lights?

Its origins in the northern hemisphere mean that Labradorite is inextricably linked to the magic of the night skies. Legend has it that one of the greatest natural shows on earth, the Aurora Borealis, were trapped inside the rocks of Labrador and lay awaiting discovery amongst the Inuit and Beothuk people.

One warrior is said to have tried to free the light with his spear, but the strength of the rocks was such that this beautiful spectrum of light was crystallised inside them forever more. Simply looking at Labradorite gemstones will imprint their magical powers on your mind - it truly is hard to resist the transfixing nature of this beautiful stone.

What are the healing properties of Labradorite?

Many generations have embraced the powers of Labradorite to heal and bring good mental health to those who own it. With heavenly properties absorbed from the Northern Lights, Labradorite delivers the inner peace and tranquillity that many of us need to deal with the stresses of everyday life.

Whether it's in rough form or gemstone form, the very presence of Labradorite is a good omen for your ability to anticipate troubles and strife before they arrive, so it has been held close by many people in Canada, Scandinavia, Russia and even further afield in Madagascar and Australia.

What else is Labradorite known for?

The magical properties of Labradorite can present themselves even more powerfully in the rarest variety of this feldspar mineral: Spectrolite. Spectrolite is a semi-precious gemstone that is exclusively found in Finland - nowhere else in the world can currently lay claim to having such a stunning mineral growing in its igneous rocks. First discovered by accident during the Second World War, Spectrolite has become one of the world's most sought-after gemstones thanks to the otherworldly array of colours that emanate from its surface when angled under light.

It's very similar to Labradorite, which often leads many people to mistake them for one another, but the key difference is in the sheer 'labradorescence' of Spectrolite gemstones. They are vividly colourful in an altogether different way to Labradorite, which makes both of them such popular stones in the world of jewellery today. Being used in necklaces, bracelets, rings and more.

You can find Labradorite deposits in pockets all over the world, but it is particularly prevalent in Nordic countries like Norway and Finland, as well as North American countries like the USA and Canada. Madagascar and Australia are also great sources of this beautiful gemstone, but it's the strong ties with the Aurora Borealis in the northern hemisphere that make this piece so magical. 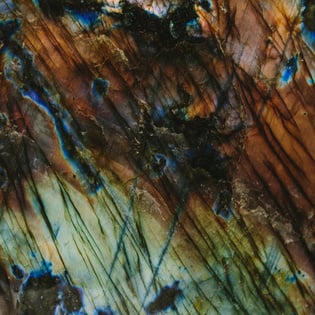 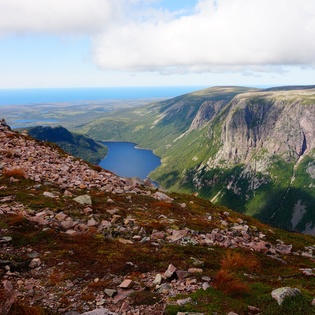