The mineral-rich grounds of the USA don't come much more renowned than in the fascinating western state of Colorado. Its unique, rocky landscape makes for incredible holiday destinations for gem collectors and jewellery enthusiasts - not to mention the unforgettable field trips for American schoolchildren. It is known that some of the finest gemstones of the world have come out of the abounding mines of the varied state.

The Pikes Peak region in the middle of Colorado, slightly to the west of Colorado Springs, is a world-famous site for the mining and collecting of high-quality gemstones - it is perhaps most famous for its striking combination of Amazonite and smoky quartz, which can be found in great quantities across the region. You can explore the existence of Amazonite in one of the most geologically significant locations in North America here with Monica Vinader.

The history and locations of Amazonite in Colorado, North America

Together with the moody darkness of smoky quartz, the radiant blue-green of Amazonite has stunned gem collectors for hundreds of years in the Pikes Peak region and beyond. The two minerals often form together in the granite there to create a beautiful contrast that is globally regarded as highly desirable and, therefore, very valuable.

Native Americans who lived in the region are known to have mined it to form jewellery to trade, which is a tradition that was unwittingly mirrored across globe in far-flung countries like Russia, Madagascar and China. It was also highly prized in pre-Colombian Central and South America and Brazil, but its fame in North America most certainly came from the mines of what is now known as the Pikes Peak region in the southern Front Range of the Rocky Mountains.

The slopes of Pikes Peak itself are fantastic sources for the mining of this gorgeous gemstone; the primary hiking route, namely Barr Trail, has deposits of Amazonite, Topaz and quartz alongside it, whilst there are great quantities of them to be found in a valleyed area by the name of Glenn Cove, which is located at 11,000 feet on the mountain's north face. The entire region around the Peak is famous for its high-quality gemstones, which is exactly why collectors have frequented it for many years.

Another geologically important valley in the region can be found on Cameron Cone to the southeast of Pikes Peak. Crystal Park, as it is most commonly known, contains the same gemstones in different quantities, but is perhaps most famous for its Topaz deposits. Its Amazonite is quite pale in comparison to that of the Peak, but this makes it quite distinctively Coloradan when formed alongside its crystal counterparts - each combination is completely unique.

Amazonite is in plentiful supply in the granite rock of the Tarryall Mountains, too, but is also typically paler than in other areas around the Peaks Pike region. This locality is heavily peppered with Topaz gemstones, much like Crystal Park, so it presents many an opportunity for gemstone collectors to combine the unique Amazonite with strikingly brilliant Topaz like almost no other place on the planet.

As well as Colorado's plentiful supply of what is otherwise a relatively rare mineral, there are many places around the world that can lay claim to some of the finest Amazonite to have graced our everyday jewellery.

The blue-green feldspar can be and has been found in the likes of Canada, Libya, Australia and Namibia, so it has had an effect on multiple societies for thousands of years. Fascinatingly, it has left similarly mystical marks on the mindsets of people throughout those centuries and has long been known as the 'Stone of Hope' to many of those who wear it. 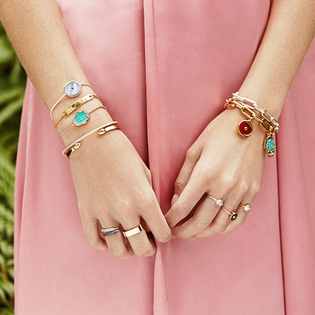 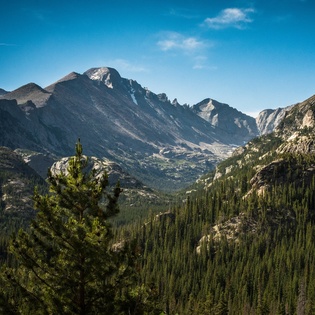