IN NEW YORK WITH CHELSEA LEYLAND

Meet Chelsea Leyland, a Brit in New York who has conquered the city's fashion and music scenes. Discover her journey into the spotlight, her learnings from the fashion world and the songs she plays to get everyone moving.

You're known as 'Fashion's DJ', turning tables for some of the world's biggest designers at their shows and events. What's been the highlight for you?

My first time in Tel Aviv was one of the highlights. I was DJing in the most phenomenal space, the Holon Museum, which is one of Ron Arad's designs. It's absolutely stunning, it was so spectacular.

You originally moved to New York to train as an actress at the Lee Strasberg Institute, why did you make the transition into music?

It was more of an organic process. I always loved music, but I never wanted to work in music. It was something I sort of fell into! I was asked by a fashion photographer called Ben Watts who I met on my third day in New York, to DJ at a party. I went out to Montauk that weekend to stay at his house with a bunch of people. I put on some songs super casually after we'd been out and before you know it he asked me to DJ at his July 4th Party.

Everyone kept asking me if I knew any cool girls who DJ or if I DJ myself and I thought, if people are asking me, then maybe I could get a few gigs. So I started taking classes with another DJ and I'd go to his house in Brooklyn to learn the ropes, and the rest is history! I did MAC's Fashion's Night Out and it just spiraled. Since then I've DJed for Chanel, Fendi, Vogue, Valentino and I've been able to travel the world. It's pretty amazing that it's turned into a career.

You're a respected fashion commentator and model tell us about what constitutes a perfect party outfit in New York, especially when you're setting the tone with your music.

Firstly, what I've learnt from spending so much time in the space is that owning what you wear and being confident in it is the number one thing. Working on yourself internally is the most important thing you can do to look good, without that I think the fashion world can make you very insecure.

The second thing is having something that's different. In New York I find that the fashion can feel a little same-y, especially compared to London. I think it's about having something that's cool that allows you to stand out. That's always the way I was encouraged to be in London and I think it's important not to just play it safe and to take risks from time-to-time. I like to have a really funky pair of shoes, or some jewellery that really stands out. You can wear something really plain and just put on an amazing coat and like it does the job. I'm all about mixing low-end with high-end and with vintage.

What's a guaranteed song you play to get the party started in New York or anywhere?

It really depends on the crowd. I think in New York you can always throw down Hip-Hop and people will love tha, for example: Wu-Tang, C.R.E.A.M., and Drake. As a cheesy 90's classic I love Show Me Love by Robin S, or Plastic Dreams, by Jaydee. In London you can put on a bit of dance or reggae that will always get people going. That's the beauty of learning about different cultures, and how people respond to music. It's a language and it's about understanding your audience and their cities.

Where do you go to listen to great music here in the city?

I find that I hear the best music when it's spontaneous. Tomorrow night I'm going to see Nicolas Jaar, one of my favourite DJ's and producers. I don't know where it's going be, but I know it's going to be amazing. When I do go out I like these sort of Bushwick raves and parties, where there's a lot of deep house.

Who is your favourite DJ in New York?

I've got so many favourite DJ's - that is such a hard question! New York DJ, Questlove, is brilliant, I feel like he's a New York favourite. He can play tracks that would be a classic wedding tune but then he throws in something like a Johnny Cash mixed to a Hip-Hop track. Another DJ I'm loving right now is NU, he's Peruvian. I saw him play recently, totally different from Questlove.

What's your perfect night of New York dinner and dancing?

For drinks I'd head to Hotel Delmano or Maison Premiere, keeping it all in Brooklyn. For dinner, there are so many amazing places. I have to say my favourite restaurant is Café Mogador in Brooklyn a few blocks from my apartment which serves Lebanese/Mediterranean food; everyone loves it. I've never taken anyone there and who has had a bad meal. It's always packed and impossible to get a table. I eat there three times a week! For dancing, head over to Bushwick for House of Yes.

As you said, as a DJ you deal with battling with late night flights, early flights, and strobe lights. Where do you head to in NYC for a caffeine fix?

I was a die-hard Blue Bottle girl. I was going there every day, and they have a miso cookie that's so yummy. There's this coffee place that's near to my Pilates place and I go there at least five times a week. I've also discovered this place called Café Beit on Bedford and North 7th, they make their own almond milk in there which is like heaven on earth for me.

Chelsea pictured at her Brooklyn home.

How did first come across the Monica Vinader?

I first came across the brand about a year or so ago. I got invited to pick a few pieces out at their flagship store in Chelsea in London where I grew up; it felt so nice and British. The jewellery is really beautiful, very feminine, chic and quite simple. You can wear it every day and I like that because a lot of the jewellery I'm usually drawn to is quite funky. There is nothing nicer than having really beautiful, classic rings.

What would you engrave on a Monica Vinader piece?

Something personal, maybe a special date or the initials of someone who's not around anymore. But I also think it's nice to get your own date of birth or initials. 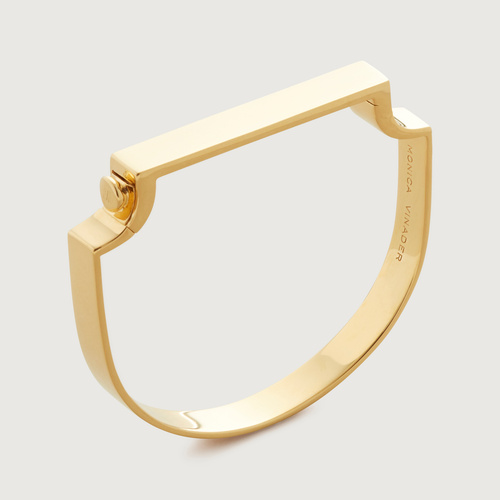 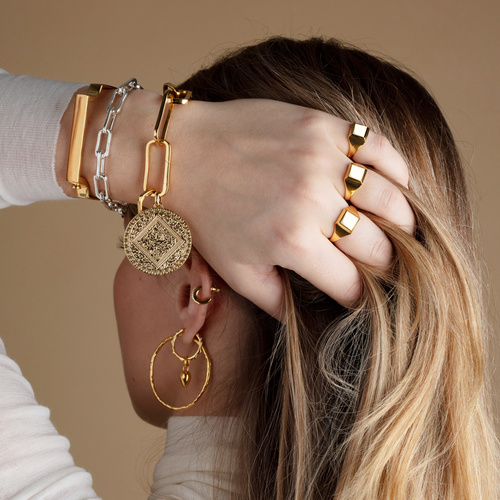 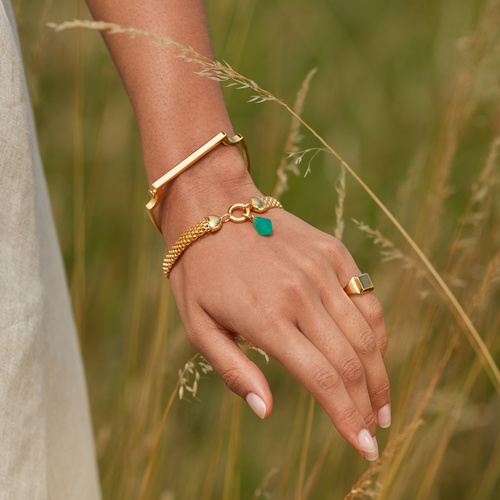 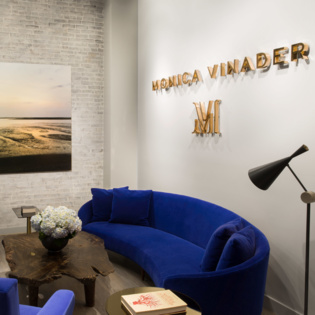 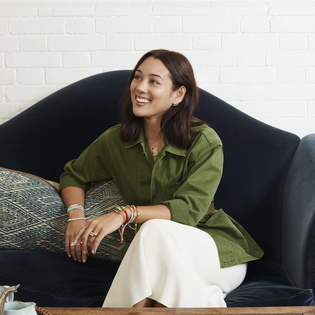