It's love. Order by 1pm GMT 9th February to
receive your order by Valentine's Day

Many of the world's gemstones have been ingrained in the belief systems of peoples everywhere for thousands of years. But none perhaps more so than Labradorite and those of the Native American Innu people. The physical beauty of Labradorite is clear to see, but what are the spiritual, mythical properties of it that made it so popular with these Canadian tribes?

As we take a look at the history and origins of our favourite gemstones, we're putting Labradorite under the spotlight to see just how important it was to the Innu people.

Labradorite is one of the most visually striking gemstones known to man. It puts a wonderful range of colours on display when angled under the light and has been of great fascination to geologists for centuries. It hasn't actually been in modern production for jewellery for that long in geological terms, having only been 'discovered' by Moravian missionaries in 1770, but we know from its Canadian origins that the indigenous people of Newfoundland and Labrador already had a much deeper relationship with it before then.

Why was Labradorite so popular in Native American culture?

Similarly to the Eskimo Inuit people, the Native American Innu referred to Labradorite as the 'fire stone' because of its inner beauty and resemblance to the greatest light show on earth, the Northern Lights. In Newfoundland and Labrador, the Innu tribes lived inland whilst the Inuit tribes lived along the coast, but because of the presence of Labradorite gemstones in the rocks beneath all of their feet, there was a widespread and mutual appreciation for its magical properties.

The legend goes that an Inuit warrior discovered the astounding array of colours inside the gemstones and perceived them as the lights of the aurora trapped inside the rocks, so he gave them an almighty whack with his spear to free them to the skies in which they belonged. The light that remained on earth remained inside the Labradorite gemstones.

Another such story that may be attributed to the Native American Innu people is that the stars that lived beyond the aurora actually once lived here on earth inside Labradorite gemstones. A warrior with a hammer delivered a huge blow to the stones to release the stars back to the heavens and, thus, the stars that stayed were to be found in the gemstones of Labrador. Any such belief relies on the ancient perception that this incredible, astronomical beauty lay inside the gemstones beneath our feet, so it's no wonder the Innu people valued Labradorite so much all those centuries ago.

How did the Native American Innu use Labradorite?

The mystical powers of Labradorite were so strong that the Innu people even used it for medicinal purposes by grinding it down to a powder and applying it to a variety of treatments. It was used for all sorts of applications to improve how they lived their lives out in Newfoundland and Labrador, but perhaps the most common was the practice of cutting it and polishing it down for use in jewellery.

This had many uses that certainly included that of decoration, but the primary function of Labradorite for the Innu people was believed to be spiritual - protection provided by greater powers than us here on earth. Whilst Citrine is believed to be closely associated with the belief systems of the Innu people, Labradorite also held a special place in their culture. It brought clarity of mind and comfort in oneself to such an extent that it improved an owner's abilities to get through life without hardship, or at least to foresee it if it was on the way.

Where else was Labradorite popular?

The eye-catching nature of Labradorite has inspired the imaginations of people all over the planet, from Scandinavia to Russia and Madagascar to the United States. Thanks to its associations with the Northern Lights, it has a special relationship with the people of Scandinavia, too, especially in Norway and Finland where it is most abundant.

We love gemstones that transcend the physical world and bring people closer to the spiritual purposes of life, which is why we endeavour to find the perfect Labradorite stones to set into our rings, earrings, bracelets and necklaces. Our range of Labradorite jewellery is a unique way to carry the power of the Northern Lights with you everywhere you go. Explore it below to see how it could change your everyday style. 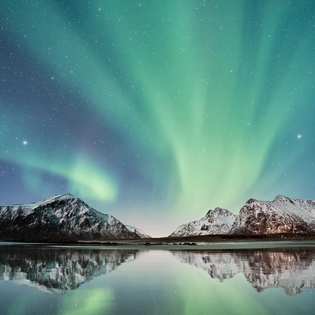 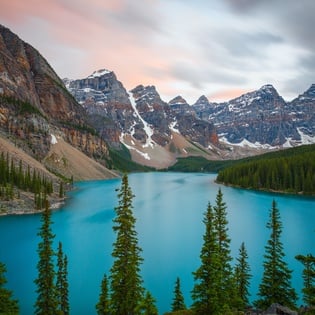